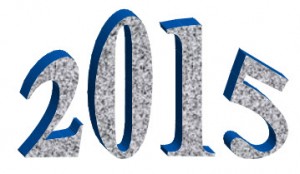 The blogging has been a little erratic, I admit. Okay. A lot erratic. Mostly because I’m so busy. But since it’s July, I figured I ought to take a breather and post an update on my goals for this year.

Done (reminder, the complete tour schedule here if you missed it, including links to reviews).

Fire Storm: Hero’s Sword 5 is was released in June, on schedule. Yay! Once again, I have to give huge props to my cover designer, Jen Domani, for yet another awesome cover.

As far as Shadow Dance: Hero’s Sword 6 goes, well, that should also be out on schedule in September. The manuscript is edited. Cover design is underway. The schedule Jen gave me puts delivery in mid-September, so look for something then.

In the meantime, I’ll post a few teasers from both books over the summer.

Done. Earlier this week, I completed what (I think) is the final read-through. It’s ready to ship off to an editor. This is the book that’s going to take Jaycee/Lyla on her most extensive trip yet, and really presents some challenges, so I hope the editor likes it as much as I do.

This is through critique (well, it will be come Sunday, when I resubmit a few chapters). I’m working on the final read-through for this, too. I’ve booked time with an editor for October. I’m toying with the idea of submitting it to the MWA-Mintotaur Best First Crime Novel contest this fall. If the editing goes well I probably will. And yes, I’m still looking for a new title.

Write synopsis for Every Other Monday

Query Every Other Monday

Ongoing. I met with the agents at Pennwriters, both of whom requested pages. Yay me! That told me two things. One, I can successfully pitch face-to-face (and the pitch was based on the query, so my query is most likely solid). Second, the book has “legs.” Meaning the story is interesting.

Now, unfortunately, one of those agent responses ended up being “This is really good writing in an interesting setting. Unfortunately, I am not the agent for you.” But — good writing. Score!

The “blind querying” – meaning researching agents and sending out the query is, well, going. Turns out, a lot of people have a lot of things going on in the summer. Conferences. Vacations. So the response has been a bit, um, underwhelming. Essentially, I’ve either heard “This is great, not for me” or nothing. So I’m looking at the query again and I think I’ll push the pause button for the remainder of the summer. Let everybody come back from the beach, you know?

Start revisions on A Matter of Trust

I’ve done one read through. I think it’ll be the next project for the critique group, either starting in August or September, depending on my feeling at the time.

Done (see here for links to buy).
As far as continuing education and conferences, Pennwriters was a success. I got to attend a great half-day intensive with Hank Phillippi Ryan. I always enjoy seeing Hank. I’ve got my plane ticket, hotel, and admission to Bouchercon, so that’s a go. And I’ve registered for the SinC Into Great Writing event on the day before. It’s a session with James Scott Bell, who is one of my “go to” resources for writing advice, so I’m pretty excited.
And I promise – I’ll be more regular in blogging. Or at least I’ll try.